WP#15: Why Social Media Influencers appeared to be big news in 2012 – and why for most companies they’re completely irrelevant. Most likely for yours too.

It seems like 2012 was the year of Social Media Influencers. Plenty of people talking about them, plenty of companies saying they measure them. But what exactly are Social Media Influencers – and are they of any importance to your organization? In 97% of cases we believe they are totally irrelevant to you as a vendor. A complete red herring. And they’re being measured solely because they can be measured – not because they need to be.

We should make it clear from the outset that this White Paper relates to the role ‘Social Media Influencers’ play in B2B purchase and/or adoption decisions – not merely in creating market noise. Their ability to create noise is undoubted.

Just leave your details below to get the download link for this White Paper. 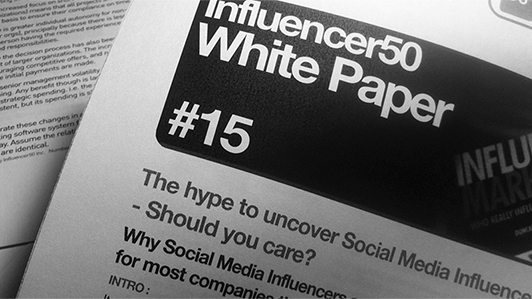